The African American Cultural Collaborative of Mercer County (AACCofMC) in partnership with the NJ Legislative District 15 (Senator Shirley Turner. Assemblywoman Verlina Reynolds Jackson and Assemblyman Anthony Verelli) is planning the first ever city-wide Juneteenth celebration. Tapping collaborators such as the Outdoor Equity Alliance (OEA), the Mercer County Park Commission (MCPC) and the City of Trenton, the purpose of this carefully planned and socially distanced event is to highlight a few very poignant and current issues through displays of culture, collaboration, commerce, unity and education. Although the weekend will center on contributions of African-American people in our area, we invite other communities and groups to contribute to create a fuller, truer picture of the African-American experience state wide.

The City of Trenton as the central location for this event, comprises more than 60% minorities, yet the cohesiveness that ancestrally connects at least 45% of the residents, has never been shared in this format across cultures. The planning team will work proactively to engage and educate the community at every age and socioeconomic level to foster awareness and shared connectedness. 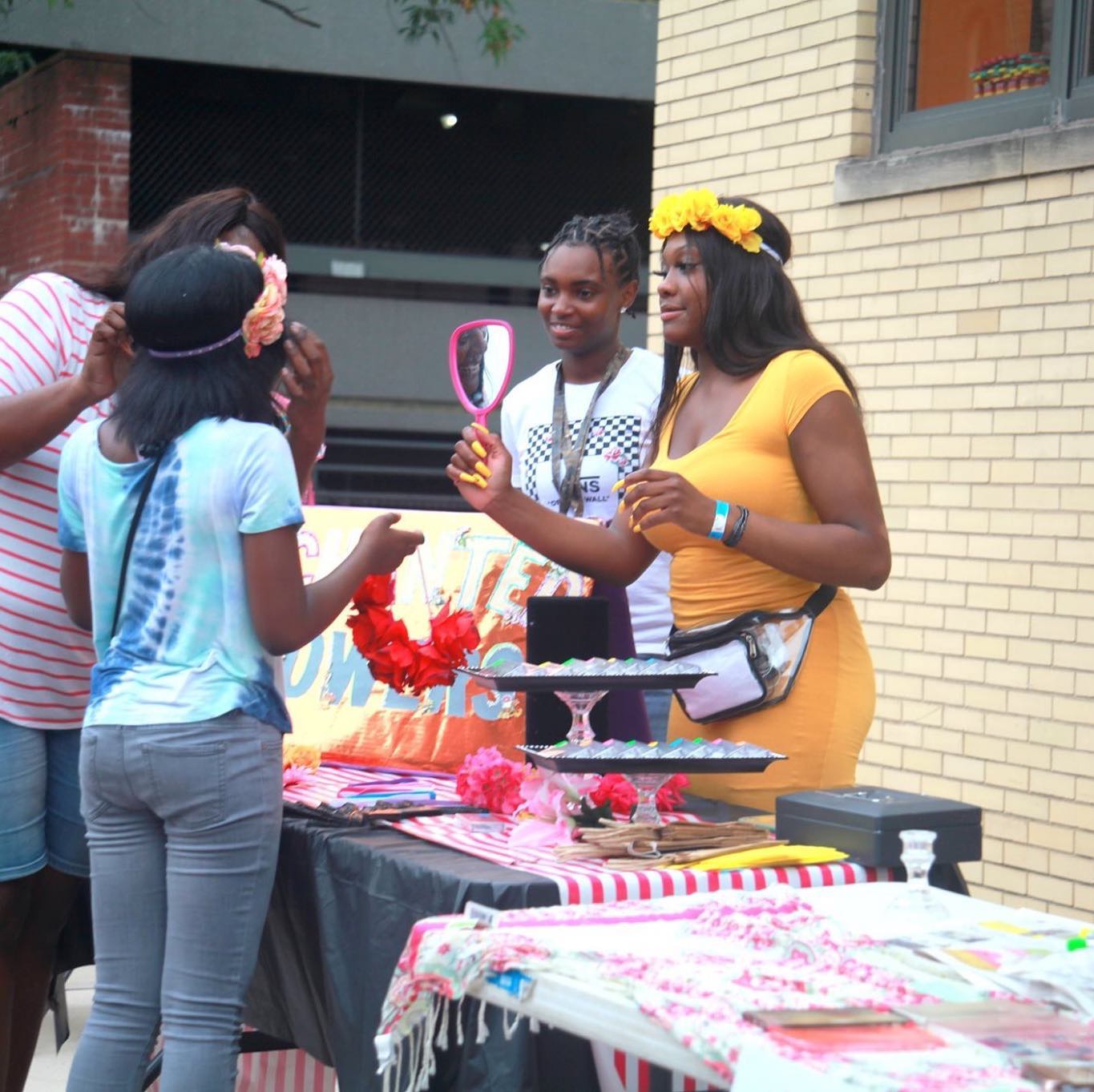 In efforts to become “more than just a festival”, the goal of the collaborative is to Educate, Empower and Unite Africans in the diaspora through cultural arts, health and wellness, entertainment and sports. The inclusion of people of all racial backgrounds will help to solidify community relations and celebrate our rich history and heritage in multiple venues. To that end, we have been extremely busy over the past years mobilizing for local culturally theme events throughout Mercer County.

Recent Projects in the City

The African American Cultural Collaborative of Mercer County aims is to bring a historical community centered, cultural parade to the capital city of New Jersey. This distinguishing event has never occurred in the county, which is pioneering. The infusion of ethnicity, ancestry, education, entertainment and celebration to connect communities that all facets of the African Diaspora will be groundbreaking. The City of Trenton as the central location for this event, is comprised of more than 60% minorities, yet the cohesiveness that ancestrally connects at least 45% of the residents, has never been shared in this format across cultures. This parade experience culminating into the African American Cultural Festival will work proactively to engage and educate the community at every age and socioeconomic level to foster awareness and shared connectedness. Collaborative efforts that expose the arts, sports, entertainment, education and healthy living will be highlighted leading up to a celebratory display via the Parade. 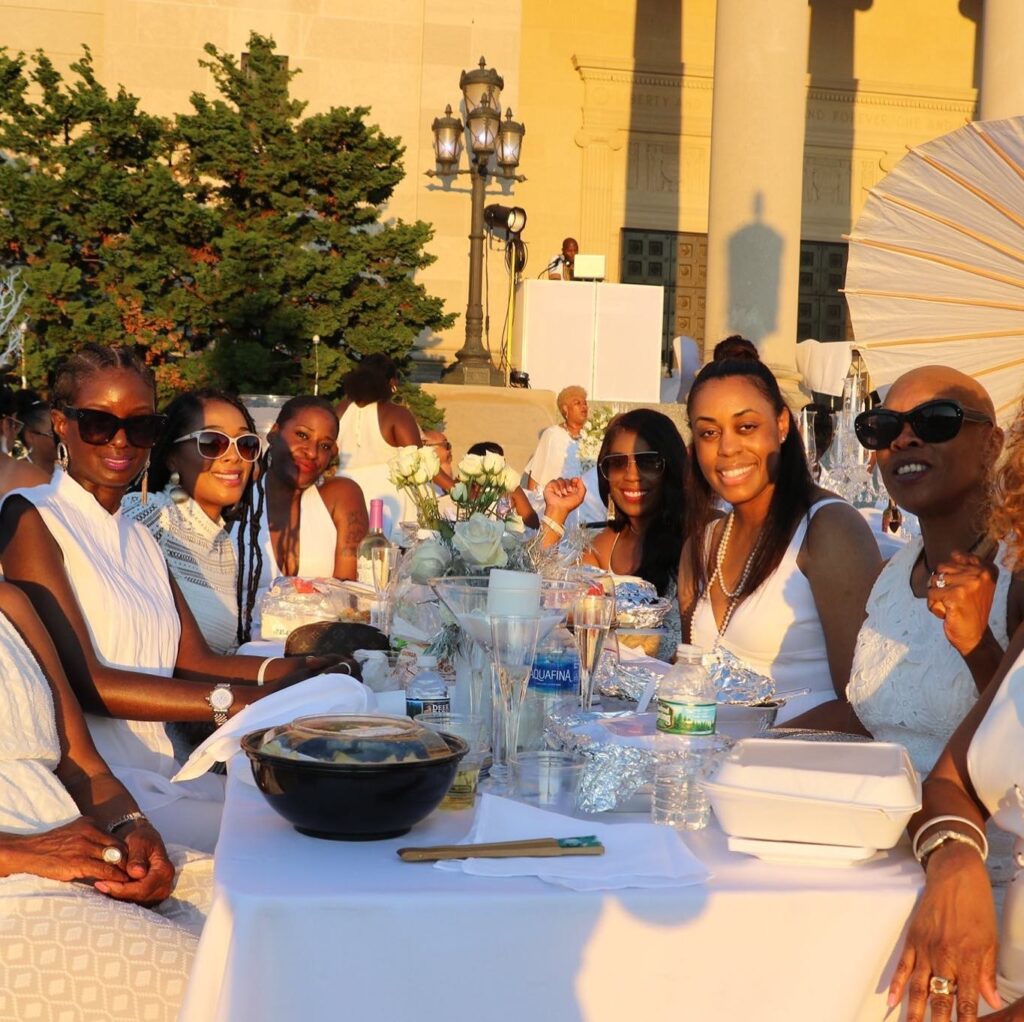 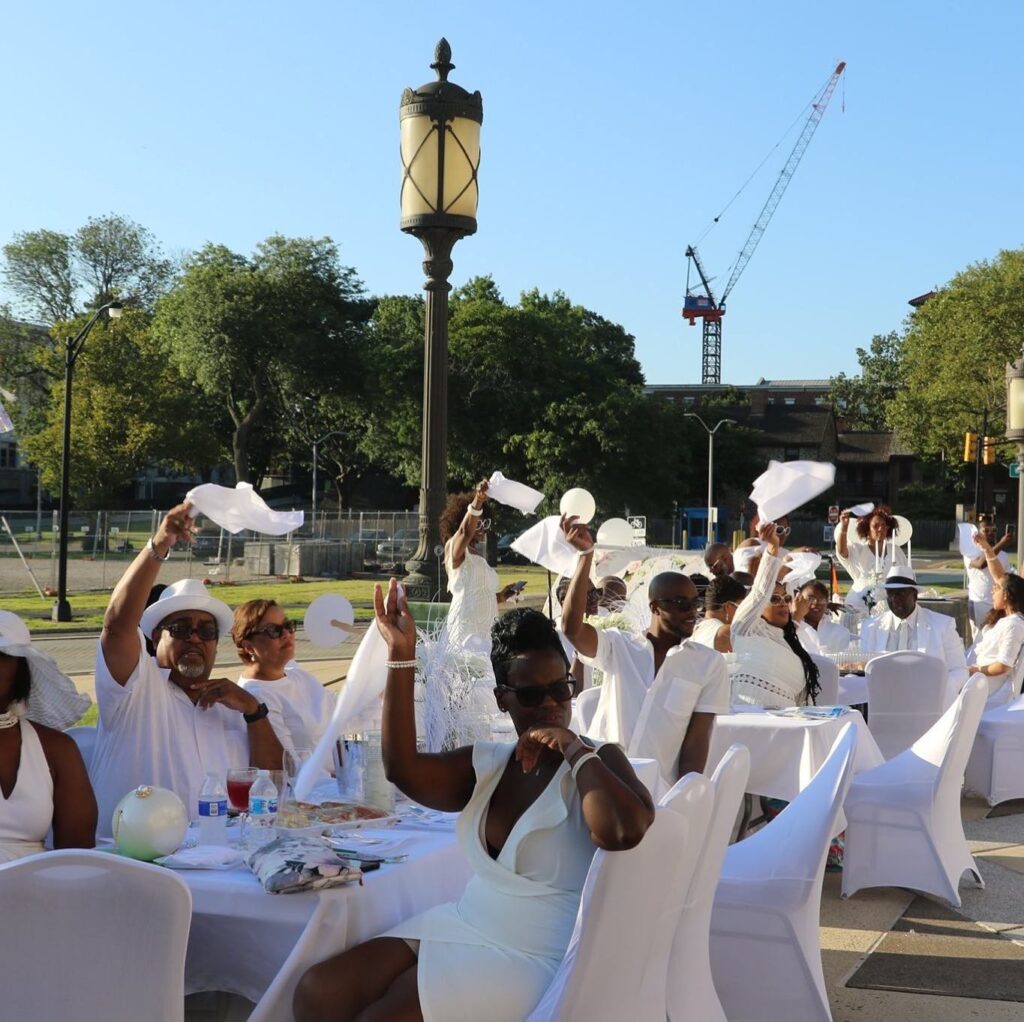 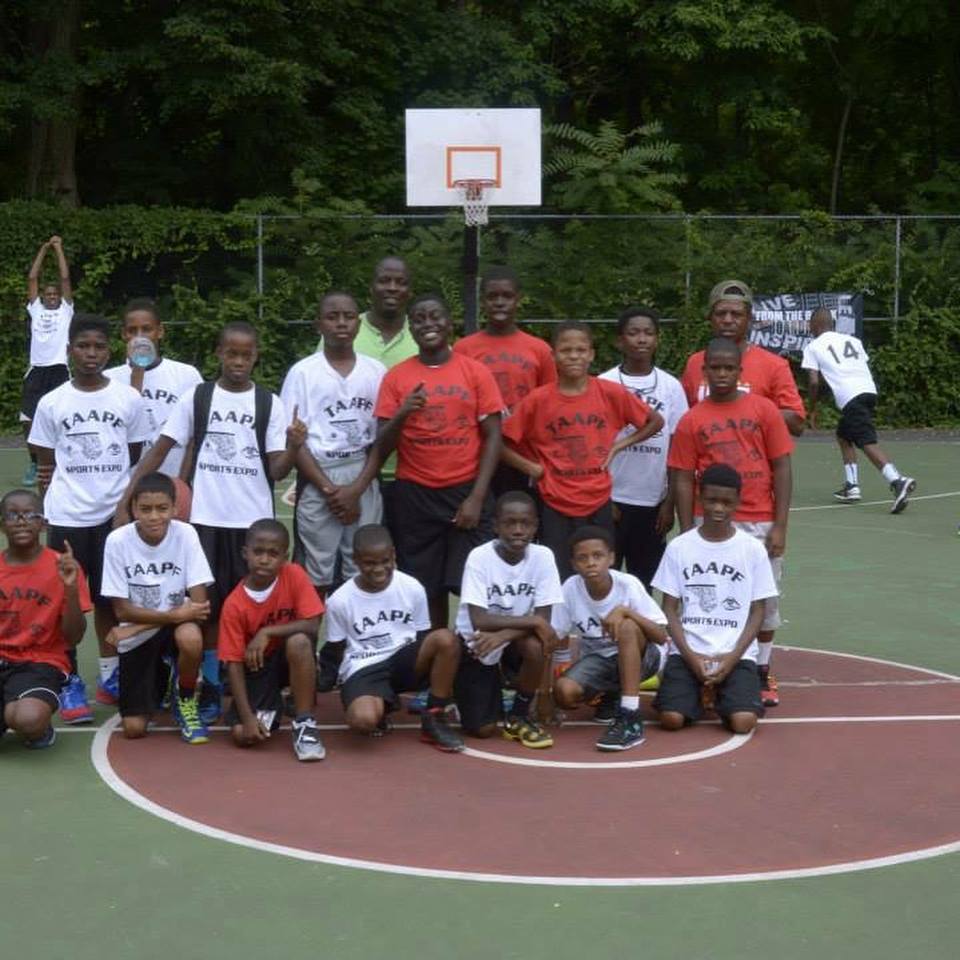 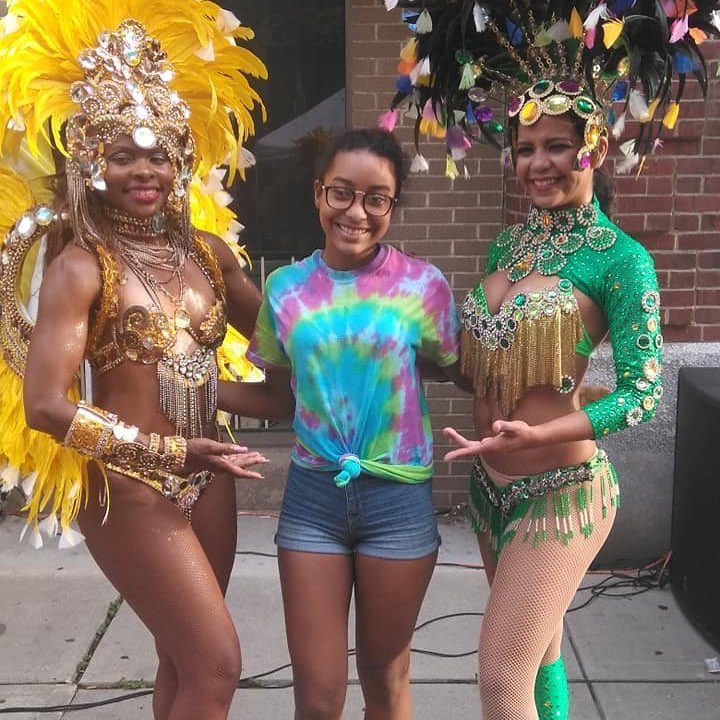 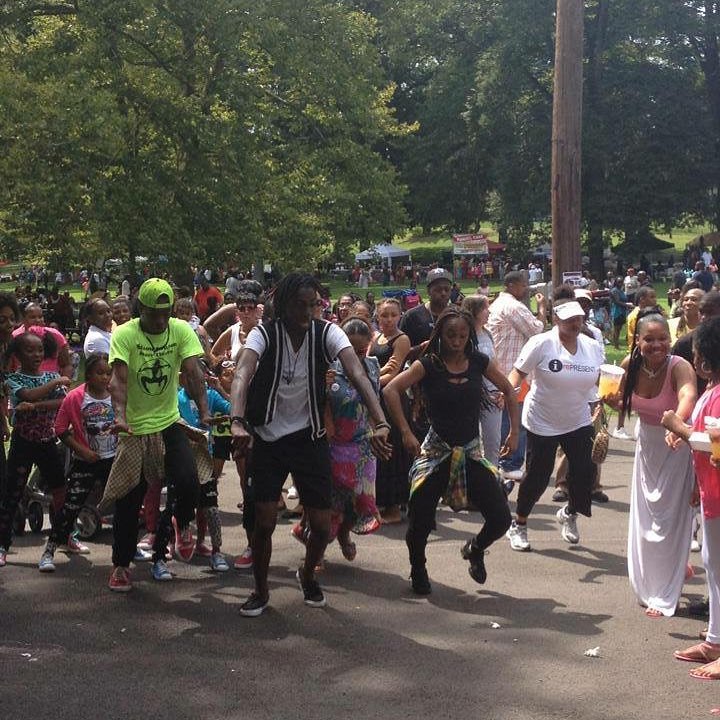 First Fridays on Front Street May through September

In 2015 the African American Cultural Collaborative of Mercer County in collaboration with the Trenton Downtown Association, 1911 Smokehouse hosted an Inaugural First Friday Series, entitled “ Back to the Basics.” In an era of technology driven communication, the over-arching idea when planning for these events started, was a desire to bring families and communities together to enjoy the BASICS…fun, food and fellowship. The inclusion of diversity through music, games and community engagement enhanced the overall essence of these monthly “block parties”.

From May through September, each First Friday of the month brought a new theme, new music, new artists, new attendees and new memories to downtown Trenton. Initiated following the realization of a need for once again infusing entertainment into the after- work scenery of downtown Trenton, the First Fridays gatherings were birthed. First Fridays occurred from 5 p.m. until 10 p.m. and featured locally based entertainment ranging from recording artist to DJs to spoken word to jazz ensembles. New artist was also given the opportunity to showcase their talents. This event also presented budding entrepreneurs to present their products to the local community.

These FREE community gatherings occurred in historic downtown Trenton just a block away from the Old Barracks landmark. Adults and children of all ages participated and could be seen enjoying the festivities. Culturally themed evenings of music, fun and relaxation occurred at the corner of Warren and Front Streets. Through sponsorships, fundraising efforts and donations, the evenings provided an opportunity for networking, community organization, information sharing and local vendor support for 2019.  Our First Fridays series is already in high demand.

The Poetry Café Series began in August 2015 as an opportunity for people of all ages to express themselves artistically in a safe, supportive environment. Since the inception, the Poetry Café Series in partnership with the Trenton Free Public Library, Don Evans Players and the Arts Council of Princeton has been successful in attracting all ages to the library and multiple venues in the city of Trenton/Mercer County. We were honored to host the United States Poet Laureate for an event filled with artistic expression! The Poetry Café Series takes place from September through February. 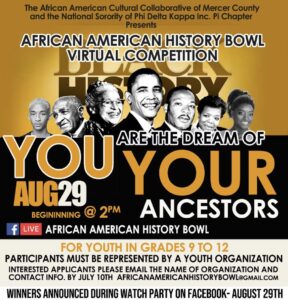 The African American History Bowl in partnership with the National Sorority of Phi Delta Kappa Pi Chapter is an event that’s stimulating and educational for the team members and the audience as well. The spirit of competition is the goal as students answered questions about the African Experience that few people know. It is a stimulating way to share the numerous accomplishments of African Americans and the contributions they have made to the world! 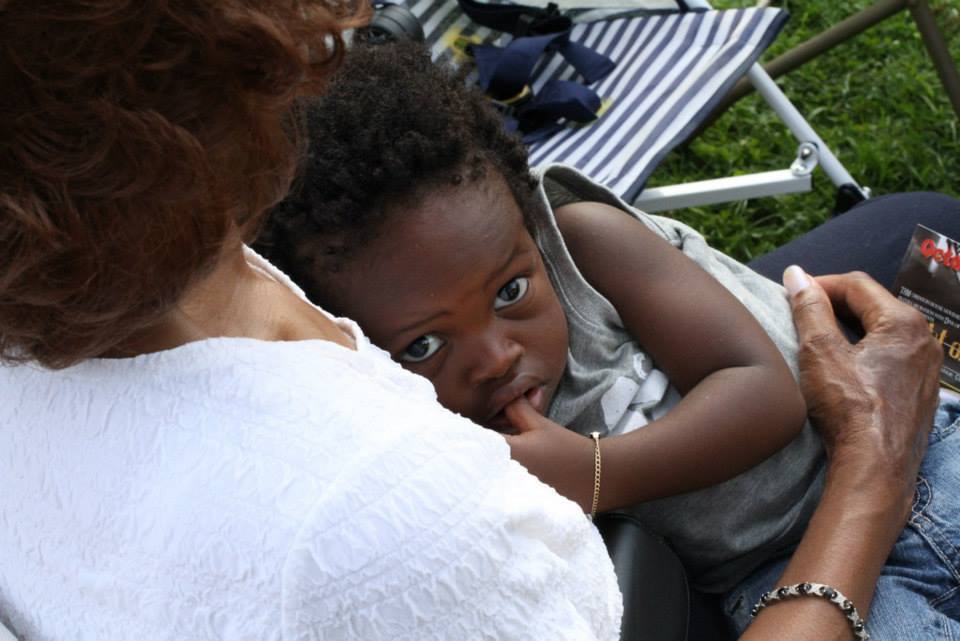 For the five years, the festival has drawn over 10,000 people to Cadwalader Park to enjoy the festivities. The park was filled with cultural vendors, food, music, entertainment, and children’s activities. We anticipate increased success in attracting visitors of all ages from out-of-state and the immediate surrounding area.

For the five years, the festival has drawn over 10,000 people to Cadwalader Park to enjoy the festivities. The park was filled with cultural vendors, food, music, entertainment, and children’s activities. We anticipate increased success in attracting visitors of all ages from out-of-state and the immediate surrounding area.

En Blanc Affair in the Capital will be an inaugural event in collaboration with the Ivy League Educational Foundation Inc./p> 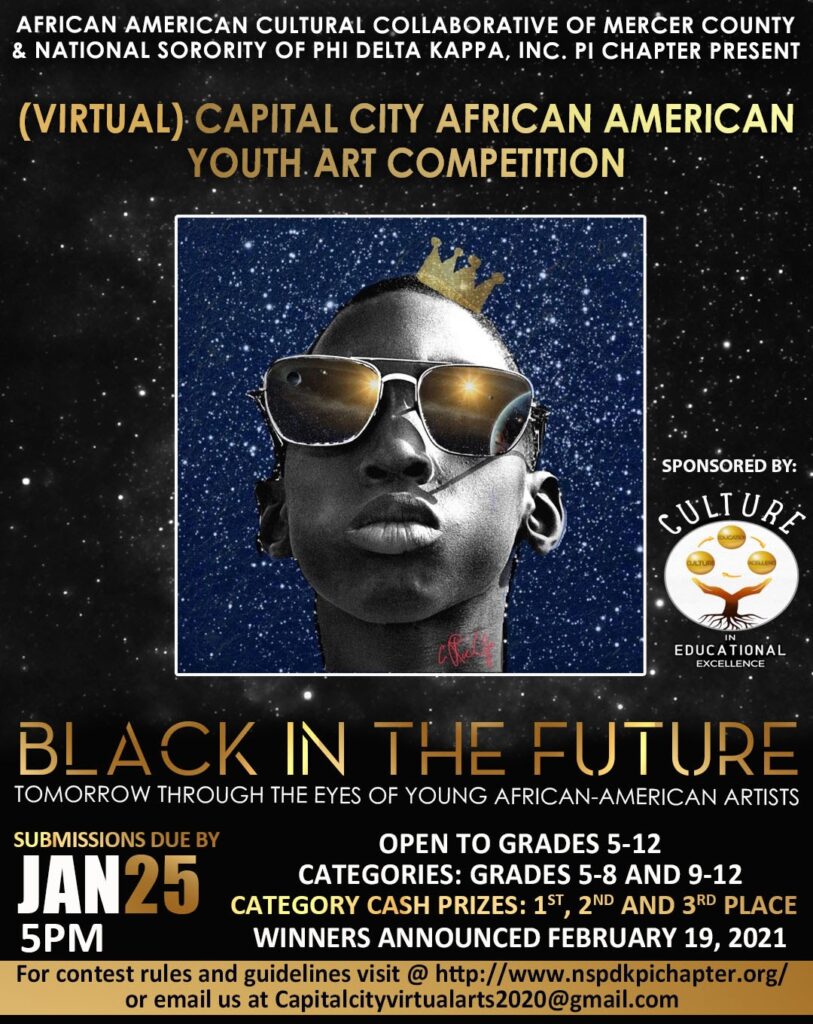 The African American Cultural Collaborative of Mercer County and The National Sorority of Phi Delta Kappa Inc. Pi Chapter are proud to announce the first (Virtual) Capital City African American Youth Art Competition 2021. The theme is Black in the Future: Tomorrow Through the Eyes of Young African-American Artists. We are excited to give our youth an opportunity to use artistic expression to look toward the future. The art for the competition will be displayed in a breathtaking, virtual gallery for all to view and enjoy. In 2019 we sponsored two African American History Bowls in which youth from local youth groups competed in teams to answer questions about African and African American History. These competitions were held in February and August at Mercer County Community College, Kearny Campus.The first (Virtual) Capital City African American Youth Art Competition 2021 is open to Mercer County students grades 5-12. We are challenging our young people to use their art to paint, draw, sculpt or design a future that exemplifies a just and equitable future for all.

Story and Verse Workshops are built for artists to share a work-in-progress and receive feedback from listeners. A safe place for artists to connect, these workshops are intended to be short (25 minutes for each artist; 2 artists per session), facilitated, and meaningful opportunities to fine tune your story or poem. If you have a piece that you’re working on and want feedback from listeners, these sessions are for you! Or, if you want to be a member of the group that listens and provides feedback, your skills are welcome, too! 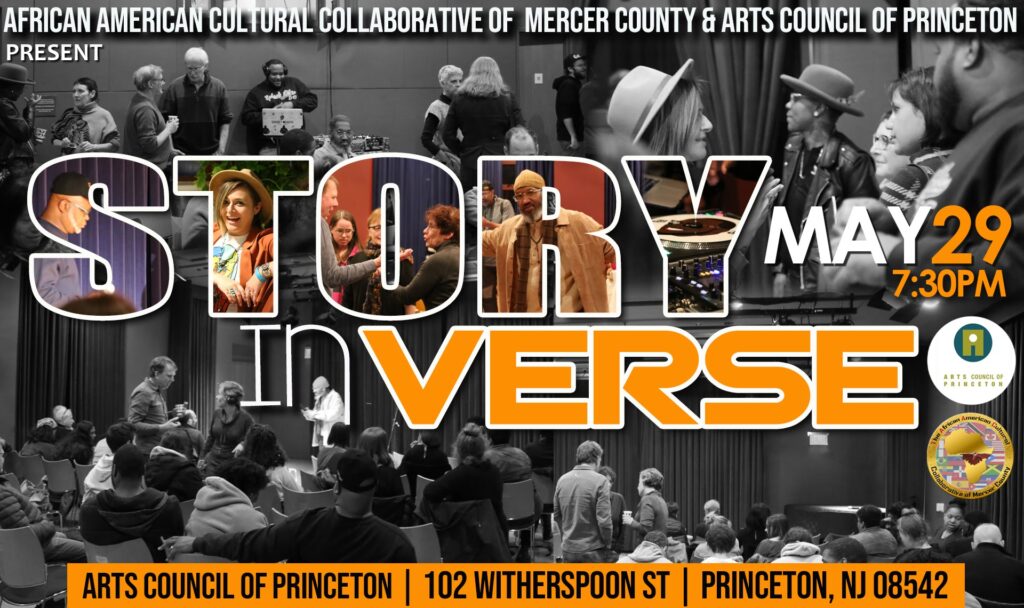